OUTREACH: This letter is about the efforts of Pastor Venture Omor, who have been my friend for over 30 years.

Pastor Robert Dubois and Director Shelia Johnson spent some time with Venture and got to know him during his visit to the States in 2017.

During this Christmas season, Hope For All In Jesus sent funds to help Pastor Venture Omor in Benin City with their feeding program for Christians displaced because of Muslim persecution in Nigeria. In September 2020, a total of 156 families escaped the Islamic attacks with nothing more than the clothes they were wearing, and the church Venture is pastoring in Benin City, Nigeria, committed to helping these Christian families with shelter, food, and medical attention as best they can. Many of the children were sick, nursing mothers and pregnant women that were in urgent need of medical attention.

On November 30th, Pastor Venture sent me a text stating the church has exhausted the funds available with no government help, and they are totally out of food. I spoke with Shelia Johnson about Venture’s situation, and we decided to send him money. So, between myself and the prison ministry, we were able to help out with a $500.00 by wire transfer. Pastor Venture called me when they received the money the next day, stating they were so grateful. These are some photographs of the displaced people, Venture and his wife Helen are helping, with food distribution and the feeding program. 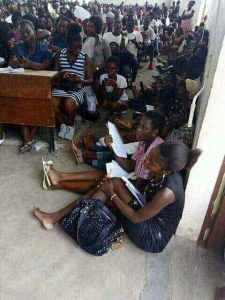 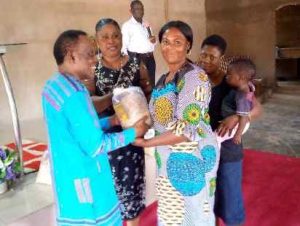 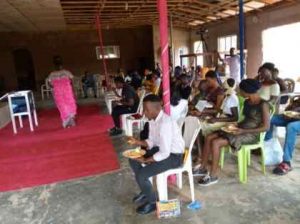 Thank you for your support and God bless, Minister John Hammond